How was the start of the semester and Scholars Night at the library?

For newcomers, we prepared a Date with the Library, where you could learn how our library works and what it looks like. Nearly 300 learners came in person over the four days, and another 80 participated online.

On Wednesday, we picnicked at the Reading Room because it was raining outside. We enjoyed treats prepared by the librarians and had fun with the button maker and 3D printer. 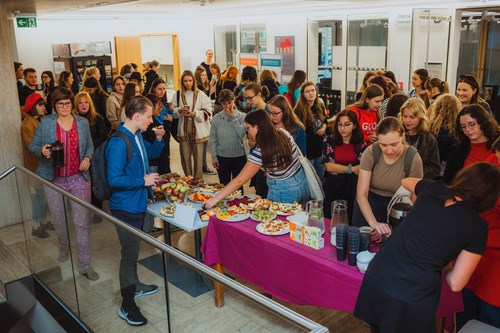 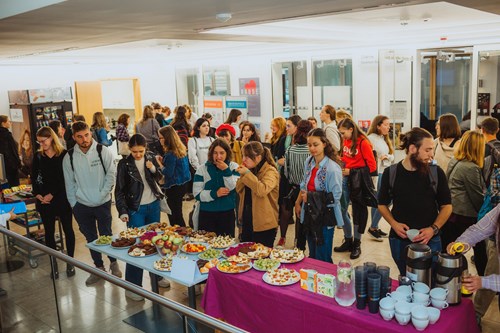 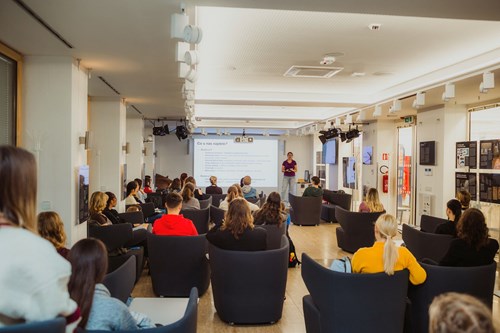 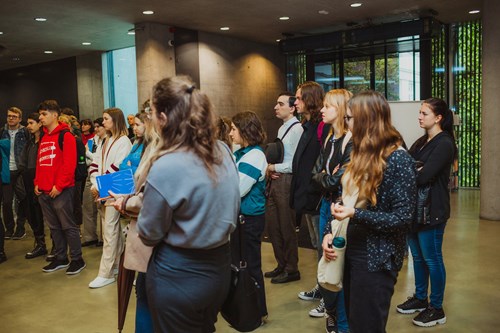 Along with the orientation week, there was also a Climate Week, so we organized a Book Swap. In the afternoon, we dedicated the regular Herden (Game Day) to the Terra Futura board game, which was donated to the library by the Na Mysli organization. If you missed the Book Swap, you can always leave your unwanted books at the Book Swap Stand on the first floor or take new ones from there.

Then on Thursday, you could come to the screening of the film North Stream about an experiment by German director Steffan Krones. Using a GPS locator, the filmmaker follows the route of plastic waste from continental Europe to the cliffs of the Norwegian archipelago of Lofoten. We screened the film as part of the event You Screen Too!

Throughout the week, you could also see and borrow selected literature with ecological themes from the exhibition at the Circulation and Registration Desk. We also took an environmental approach to SemesterStart, where you could print a cornstarch whistle on our 3D printer.

We have long tried not to contribute to the planet's destruction as a library. We sort waste, and compost, don't print unnecessary flyers and don't support disposable cups. We also prefer scanning over photocopying and care for the Virginia Creeper on the library walls to help keep the climate bearable without air conditioning. 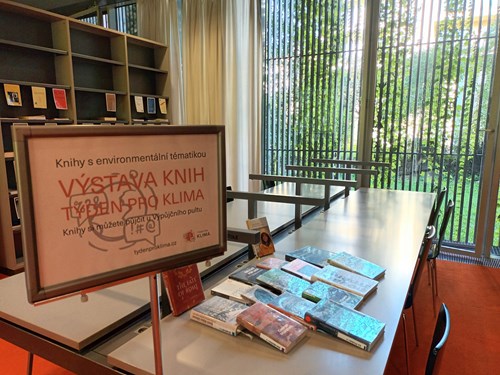 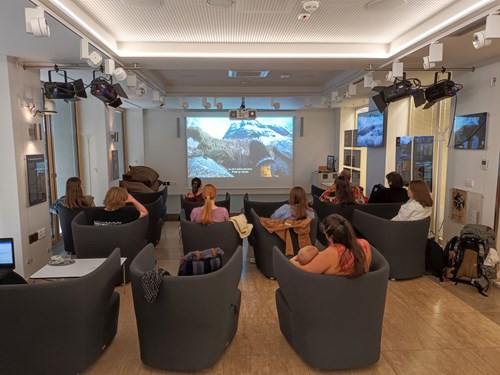 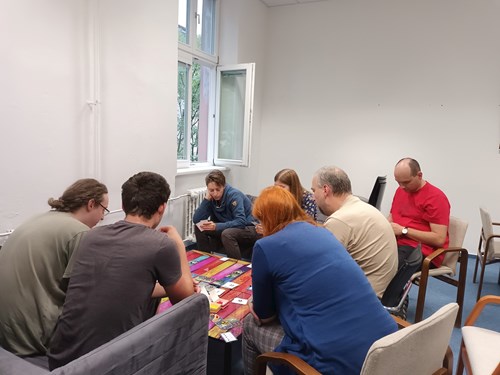 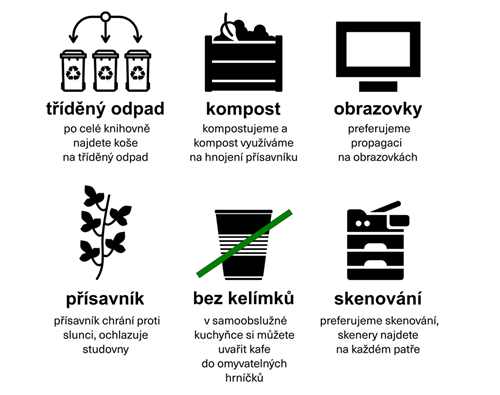 The library participated in the annual Researchers' Night event on the last day of September. Over 400 attendees, from children to seniors, sniffed old prints and herb gardens, tried recipes from old cookbooks, played a tactile memory game and much more, including the traditional and popular excursion into the dark underground storerooms under the summarizing theme of All the Senses. We thoroughly enjoyed the whole program until midnight. You can find photos on our Facebook page.

Thank you all for participating, and we look forward to more events together!